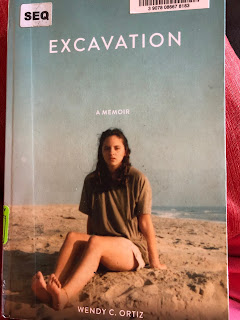 I have spent a lot of the last 36 hours submerged in the memoir Excavation by Wendy Ortiz.

I anticipated reading this book for a long time. I read an essay by Ortiz and most recently someone discussing how she does something miraculous with this memoir - Ortiz talks about having an affair with a teacher in his late twenties while she was a teenager, without casting him as a perpetrator or herself as a victim.
I was intrigued. At first, this was a personal memoir study/feminist theory kind of intrigued. Then the end of June, and the beginning of the Shambhala blowout happened, and I got even more intrigued. So I finally put it on hold and got it from the library. Still, I sat on my loaned copy for three weeks, and finally, up against the due date, I started to read it.
Read more »
Posted by miriam at 1:19 PM 4 comments:

Nanette and Nature of Storytelling 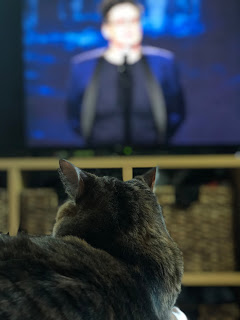 Ilana and I haven't watched many comedy performances in the last ten years or so. We find stand up to be formulaic and disappointing, generally. We both loved Chappelle's Show because of the meta aspect, as well as the incredible way humor was used as a direct tool against white anti-blackness. We also both love absurdist comedy sketch shows - Monty Python, Kids in the Hall, et al.

But people just kept telling us to watch Nanette, often without explanation. I don't want to give you much of one here, except to say that what Gadsby has to say about owning our own stories: how we tell them, who we tell them to, and with what tone - is all crucial and critical to memoir.

Comedy routines generally don't have much to do with memoir. But the direction Gadsby takes will help you re-think your own story/ies and how to present them on your own terms, without diminishing them, or denigrating yourself. Check it out and let me know what you think.

The Possibility of Repair

It's been a hell of a few weeks. There have been incredibly difficult times in the Shambhala community (read all about it here), and just recently, someone posted an article I found related more for me to memoir than to our current situation in Shambhala.

In the article, memoirist Wendy C. Ortiz discusses her own memoir, Excavation, as well as numerous novels and her own experience as a psychotherapist. A lot of what she says resonates with my own process of telling about my childhood sexual abuse, and with the complexity of books I have discussed here, such as Zoe Zolbrod's The Telling as well as Claire Dederer's memoir and my discussion of it here in On Victimhood.

Because things are so difficult and full at my end, I am not going to say more than this for now. I am giving myself permission to simply post things I find interesting, without much commentary, and link them to other writing I have done at depth. I look forward to what reading Ortiz's memoir will do in terms of affecting my own telling about abuse, as well as conversations I have with clients I work with in terms of how to tell about their own experiences of abuse.
Posted by miriam at 5:49 PM No comments:

No One Wants to Hear It? 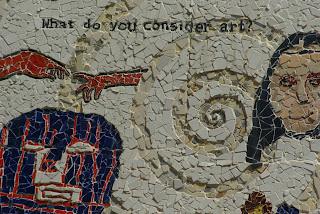 When we work on our affirmations only, when we encourage ourselves and each other in limited quantity, we miss the systemic sexism that keeps women telling their stories down. I've been reading Rebecca Solnit more lately, and while I have definite critiques for her (she never mentions racism, not once, not explicitly, in Men Explain Things To Me, which is a serious chronic white feminism issue), she is incredibly articulate about the silencing of women. And this is crucial for women writing memoir, and those reading women's memoir, to consider.

So along with this recent post on Melissa Febos, I wanted to include some encouraging - and enlightening - passages from Solnit. 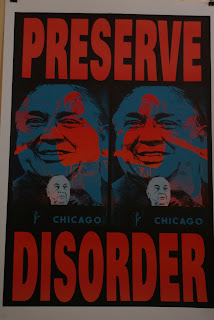 I have so many things to say about Claire Dederer's memoir Love and Trouble* that I can't possibly fit them all into one blog post. Mainly, I find I just want to highlight her words and share them. So I will focus this post on the most highlighted part of the book - her final chapter - "On Victimhood."

One of the things I struggle with the most in my memoir, currently titled Not Alone, is how to talk about sexuality. How to write about it? Really. Really really. When I first started writing about it, it seemed clear - because it is clear - that I was strongly shaped by a couple of young victimhood experiences with sexuality. Older boys - not yet men, but certainly with more agency than me - taking advantage of me sexually. These were both traumas, the two sets of experiences, and at first I thought my memoir was all about how they affected my sexuality. Then I thought, "Well, losing my dad at age 12 certainly affected my sexuality as well." That's true, also.

The fact is, the more I wrote, the less focused on victimhood I was. The more interested in nuance, in exploring all the subtle effects of growing up, socialized female, being cisgender and bisexual. Some traumas, some beautiful explorations. It's possible my young body enjoyed some of the victimizing encounters - that's not uncommon, even if they cause trauma - but that doesn't mean I "asked for it" or even that they are less traumatic (pro tip: if your body enjoys something traumatic that happens to you sexually, it makes it EVEN HARDER to unpack all the shame).

So when I came upon this final chapter in Dederer's memoir, which I was already relating to strongly for its exploration of how her sexuality came up for question again in her mid forties, I was blown away by statements like these. I feel like I am phoning in this blog post just quoting a lot from Dederer, but the fact is, in this final chapter she says so much of what I have wondered about, including feeling icky writing it.


I only wanted to tell stories of how sex had happened to me. Mary Karr has said that the reason she wrote Cherry, her memoir of teenage lust, was that teen sex was never written about, just teen victimhood. Now that I’ve had a whack at it, I can see why—it is easier to write the victimhood. The victimhood was like a vehicle that took me closer to what really interested me, what was obsessing me in middle age as it had done in youth: sex. But if I wrote only about assault and predators, I didn’t have to face myself as a sexual person.

Sex was a home and a site of purest simplicity. You just were. It pains me to write these words more than any other words in this book: I liked it. It’s still so hard to say it. The premise of this book is that I was wild and unhappy as a teen, and my unhappiness stemmed from my sex-crazed nature. But what I really felt was what I feel now: Life was hard, and I didn’t know what the hell I was doing, and I was profoundly, near-fatally afraid of failure, and sex was the only thing that made me feel better. And who doesn’t want to feel better?

The conflation of victimhood and desire is very hard to talk about, but that doesn’t mean it’s not real, at least for me. Even writing that sentence makes me afraid, as a feminist, that I am saying something wrong. But for me the freest and purest expression of sex has come with the playacting removal of volition. Being constrained in some manner, whether by hands or ties or just the physical weight of another’s body.

Of course the moments—and there are more than I’ve told here; a list—when I’ve actually been assaulted were the opposite of pure and free. This is the complication. We all understand that rape isn’t really a sexual act.

Two facts, in conflict and simultaneously true. I can be excited by the idea of victimhood and still have been victimized. Even if I’ve turned into grist for the sexual mill, nonetheless, I didn’t get to choose to be victimized that first time, that first among many. I didn’t get to choose the historical circumstances that have complicated my life. I get to own and even enjoy my excitement over being dominated or punished, but I also get to be pissed at a culture that didn’t protect me.

In this #metoo moment (or, to be more accurate, white female popularization of #metoo, which began long ago under the guidance and care of women of color with less public awareness paying attention to it), words like this feel all the more risky and also essential. Unpacking the complexity of sexuality, especially victims' sexualities, is not only respectful but also crucial. We cannot rest in the place of polarization and dualism, as tempting as it is. Not only do we wind up dismissing those who victimize others, we other the victims themselves/ourselves.

Dederer's book has upped my own game in my own memoir.


*I also want to name that this title is almost the same as a brilliant short collection of fiction from 1973 by Alice Walker, In Love and Trouble, Stories of Black Women. Please read this as well. It's a memoir blog, otherwise I'd discuss that, too!

Posted by miriam at 9:29 AM No comments: 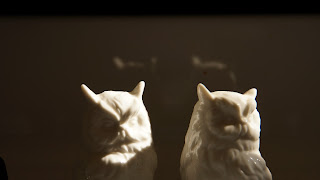 Death bloomed early for me, like the Corpse Flower, one of the first in spring, which cultivates a rotting scent to attract its fly food. Ugly, complex, and 100% natural, it blooms long before the conventionally beautiful blossoms like Dutchman's Breeches and Trillium.

But awareness that others experience this kind of loss bloomed late. For a long time I thought I was alone, experienced no one who could relate to me, even when I joined an early Internet listserv for a sociology student's research study of young people who lost both their parents before the age of 30. Most of the people in the group said they had loved their parents, felt close to them; no one else reported a complex grief like that of mine about my mom.

Another Bullshit Night in Suck City by Nick Flynn, Dave Eggers' A Heartbreaking Work of Staggering Genius, and so many other memoirs, blogs, and essays have helped me find others who have had complex grief in their orphan hoods. And, with time and a lot of therapy, I even began– am still beginning–to see how much loss there is in living relationships between parents and children. Understanding my friends whose mothers, in particular, they have conflict or trauma with that remain deeply unresolved, even though their mothers remain alive.


I think it's because Samantha Irby's book We Are Never Meeting In Real Life seems to NOT be about complex grief that it struck me so strongly. 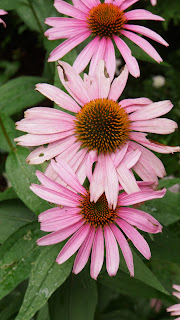 Here's an amazing piece by Junot Diaz in the latest New Yorker.*

Trigger warning that he talks about being the victim of severe sexual abuse as a child, and how he re-enacted many of those same dynamics - only now as the perpetrator - as an adult with his female partners.

I have been thinking about victimhood a lot lately, as a part of the whole #metoo situation, but also because there are parts of my sexual history that, in my opinion and in some of my readers' opinions, fall into a strictly grey area. Places where my relationship with someone perpetuated my own victimhood, and I didn't make a conscious choice to continue that, but somehow I was also choosing to be there and not saying no.

I am struck by this same ambiguity - without evading responsibility - in Diaz's article.